Doesn’t this question sound like a million-dollar question? There’s so much more to it than just people being kinky and curious about space sex. Knowing about how every part of reproduction works in microgravity can help us greatly in the long run.

With NASA at the helm, scientists don’t have a lot of data when it comes to human reproduction in space. Experiments have been done on animals, such as mice and geckos. Plus, animal and human sperm have been sent to space to be observed for further research.

Research like this matters because life is so much different outside our planet and being a space resident means we need to adapt to the environment.

Why Is This Question Even Important?

“Is getting an erection in space possible?” That doesn’t sound like something many people would care about. Still, you’d be surprised by how many of them do think about stuff like that. It’s not because they’re kinky or simply sexually curious. It’s because questions like these help steer the conversation in the right direction.

Getting an erection is a normal sexual function. It’s a part of a larger process that helps humans reproduce. This reproduction is the exact reason why we should talk about boners in space way more than we do.

There Is No Official Data From NASA

When it comes to all things related to space sex, NASA always seems to have no data on it. Doesn’t that seem a little suspicious? Sure, no astronauts have had sex at the International Space Station. Well, at least not officially.

Data on things like this might not do any good to the common folk. However, there are plenty of scientists out there that could put those records to good use. People speculate that NASA has already done some sexy space experiments in secret. We wouldn’t blame them because the matter of survival is an important subject to talk about.

That said, NASA could be storing and analyzing the data they have as we speak. We sure hope that’s the case. That would shift people’s perspective on populating other planets because, surprisingly, not everyone sees that as a good thing.

Many people think that we’re progressing too fast, but new possibilities like these could change their minds.

The little data we do have is, of course, always up for interpretation. So, let’s take a look at what we know so far and what conclusions we can draw from these reports.

First and foremost, it’s known that microgravity affects our bodies as a whole. To no surprise since it can also make us float in the air. That said, it turns out that gravity does so much more than keep us standing on our feet.

To get an erection, you need an acceleration of blood flow. Not to mention that blood needs to carry enough oxygen through your entire body. So, firstly, microgravity is proven to cause some cardiovascular issues and anemia because people are exposed to limited amounts of oxygen. And those are only some of the issues.

Back to the blood flow! Our body is struggling to carry it without any gravity to help out. That means gravity also helps things climb, not only fall down. In space, blood flow remains steady in your upper body because of a lack of gravity. That means it’s a lot harder to get hard than people might think.

That’s not to say that getting an erection is impossible. Technically, it is entirely possible. It’s just that odds aren’t looking too good with all of the health issues lurking around the corner. Still, that’s not all. Data we have on male astronauts show a drop in testosterone levels, which means both urges and sex drive are out of the picture as well.

When we take all of those things into account, it seems it’s extremely difficult to get an erection in space. So, what about maintaining one long enough to have sex for awhile? Space sex just seems less and less unlikely, the more data we analyze.

Why NASA Should Pursue This 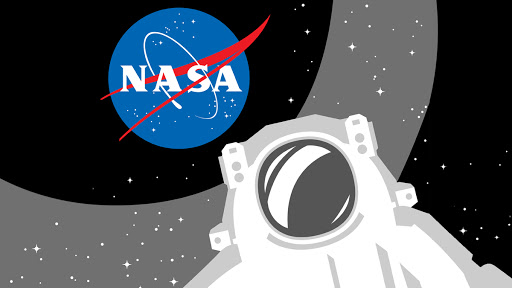 So, why should NASA bother with space boners anyway? Well, there’s much more to it than meets the eye.

As boners are mandatory in the reproduction process, we think it’s important for NASA to pay some attention to what happens to erections in space. In fact, we think more focus should be on sex in space in general. Not only what happens to male or female genitalia, but what happens on the inside as well.

If we’re really talking about populating planets, we need to have a solid picture of how our reproduction and sexual activity is going to look like. It doesn’t look too good right now. That’s another reason why this should be looked into. New technologies can be developed that will aid in issues regarding erections in space. Also, those same technologies can aid people back on Earth as well.

We know that space erections aren’t a subject that a lot of people care about. However, scientists should really look more into it. Research can yield valuable data that we can use to study further or even develop advanced technologies.

Just like erections, other elements of reproduction deserve our attention. Things don’t work the same in microgravity as they do here on Earth. That’s why it’s important to do as much research as we can if we’re planning to inhabit space in the upcoming ages.

So far, we’ve only had reproductive experiments done on animals. At least that’s what the official records show. Who knows, maybe astronauts managed to have a quickie or two without NASA finding out. It’s hardly unlikely because of all the sensors and cameras, but here’s to hoping.