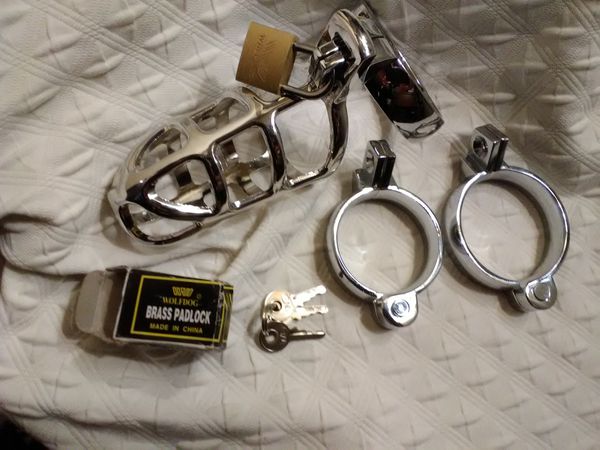 What’s the secret to a healthy relationship? It depends on who you ask. For one couple, a male chastity device has inspired a new sense of openness and honesty in their marriage. In fact, chastity devices make wives scream.

“Lion” and “Lioness,” pseudonyms the couple uses on their blog, live in the Pacific Northwest and have been married for over a decade.

“He’s the one my mother warned me about going online,” Lioness told me. “I was just looking for fun and I met him and realized he was pretty much the one.” 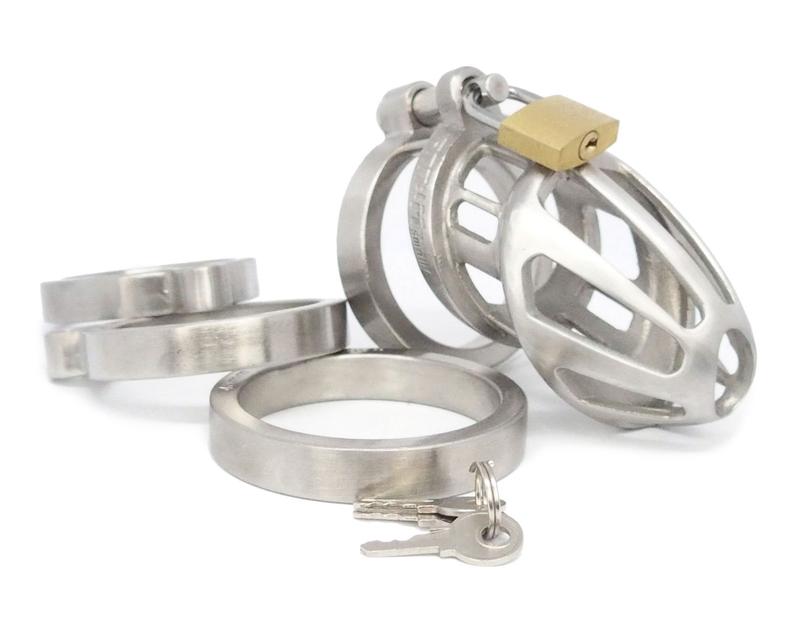 One of Lion’s chastity devices

“We started playing early on in our relationship but we stopped pretty much not that long after we were married,” Lion said. “We were very vanilla and we drifted apart sexually and I thought this might be a way to spark things up, so I said, ‘How would you like to do this?’”

Lioness was convinced it wouldn’t last.

“He’d buy a new paddle and say ‘let’s use this,'” she said. “He’d buy something else and say, ‘let’s try this.’ So, I figured, it was just another thing that we try and it would go away after a while, but for some reason it didn’t. I’m not quite sure why, it just sparked something I guess. We kept going.”

Now the couple thinks of the chastity device — which Lion wears at pretty much all times unless he’s bathing, going to the doctor or Lioness decides to temporarily release him from it to have sex — as “more like a wedding ring.”

“It’s a symbol of commitment,” Lion said. “It’s not so much a sex preventative, because the truth is I’m not going to do anything whether I’m locked or unlocked at this point… So, it’s a symbol of, number one, my commitment to her and it’s also her commitment to me, because I’ve transferred to her any opportunity I may have for sexual satisfaction. I mean, without her, I don’t get it. So, she’s got kind of a responsibility to take care of me in that respect.”

The couple has found that they’re much more intimate and closer physically, too.