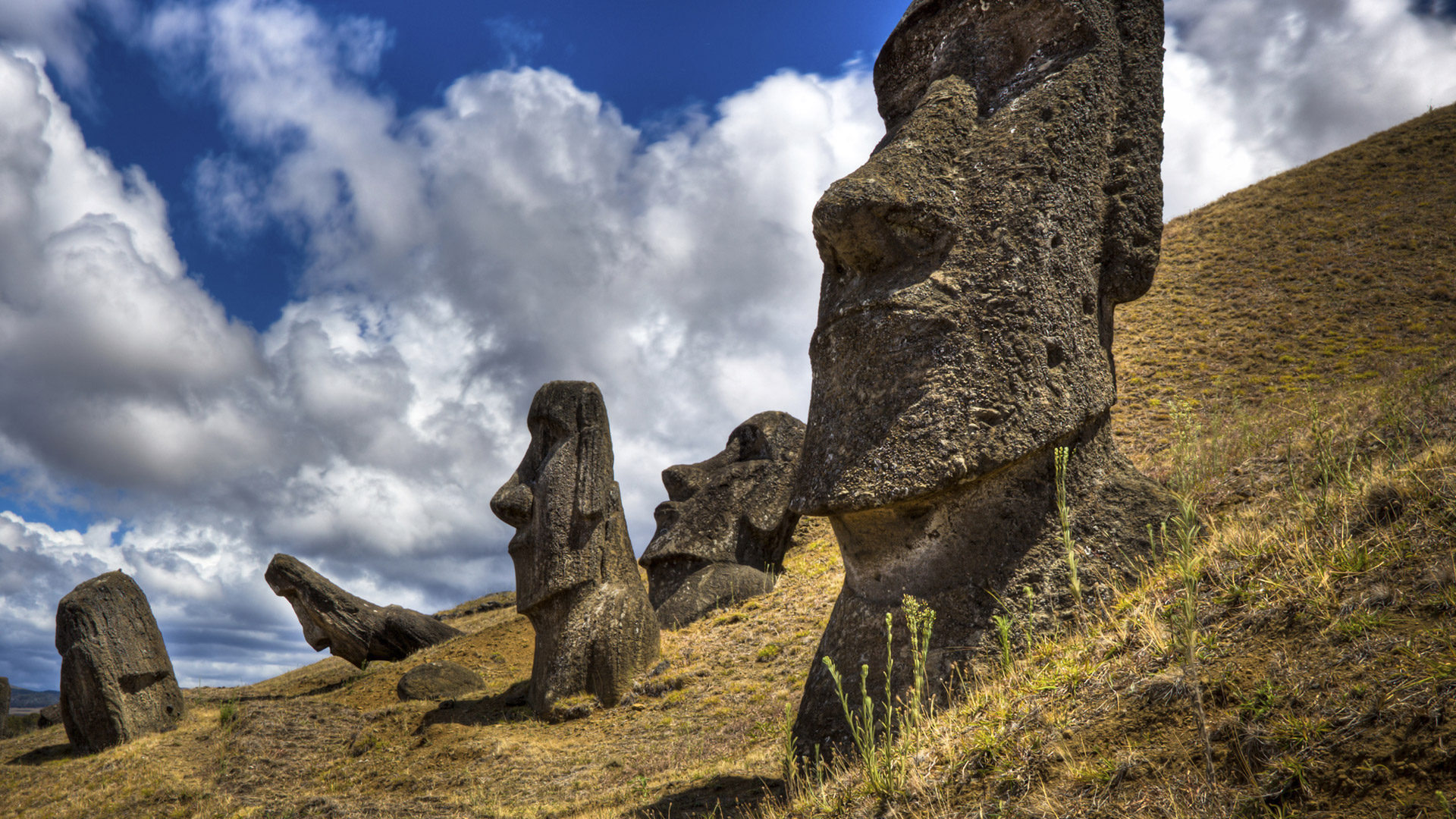 Are we truly all alone in the vastness of space? Why can’t we make contact with an alien race even if our galaxy offers a high probability for life on other planets? Is someone or something observing us from a galaxy far, far away?

Our fascination with aliens has spawned many theories and efforts to actually find life in outer space. But will we ever get an answer, and what are some of the things that are preventing us from solving this myth? What if we were never meant to solve the puzzle? Did ancient aliens abandon us? Let’s find out!

Our Search for Aliens

Humanity’s search for intelligent life has lasted for thousands of years. It all began way before our modern obsession with UFO sightings and related conspiracies. Back in ancient Greece, philosophers argued that life must exist on other planets. There have been dozens of ancient alien hypotheses about our efforts. But, mankind’s search truly escalated after the so-called Copernican Revolution. Once we realized that all of the planets in the solar system orbit the Sun, it was impossible to ignore the probability of life on other worlds.

Moreover, famous figures like Kepler and Galileo were among the first who debated about advanced alien life. One of the first books about searching for space aliens was written by Bovier de Fontenelle in 1686. It sparked a lot of mainstream interest. Yet, it still took mankind over two centuries to develop the tools for alien contact. 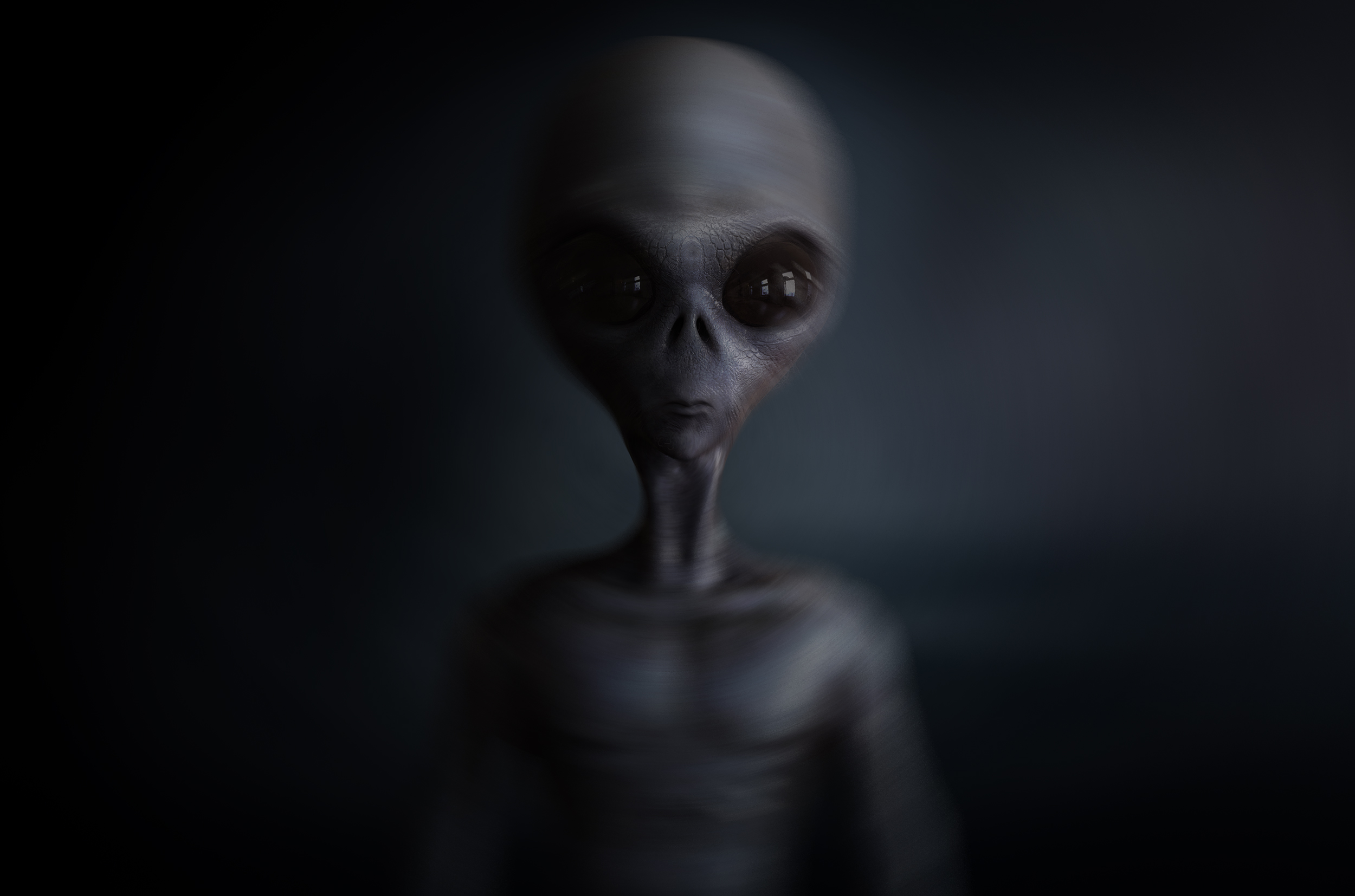 In the late 1800s, Nikola Tesla believed that his wireless technology was capable of contacting aliens on Mars. Actually, Tesla was so fascinated with Martians that his efforts to reach out to intelligent life forms lasted for over five decades. In 1899, he even detected an undecipherable signal from outer space.

Our search expanded even further in the 20th century with new radio technologies and advanced telescopes. And in the 1950s and 1960s, we were able to explore space travel like never before. There are simply too many examples of mankind’s efforts to mention right now. Some include initiatives like SETI and CETI, Project Ozma, NASA’s early Voyager programs, the recent Kepler missions, etc. Unfortunately, all of our searches have come up short. We are still unable to prove the existence of alien civilizations.

Why, then, do scientists claim that they’ve discovered over 300 million habitable planets in the Milky Way? How is it possible that no one has contacted us, given that the universe is nearly 14 billion years old?

Are We Getting It All Wrong?

Almost a century ago, we started transmitting television and radio signals that would be instantly recognizable to advanced civilizations on other planets. In the past fifty years, we’ve expanded those technologies. Our search mainly extends to four main categories. That includes electromagnetic signals, gravitational-wave signals, neutrino signals, and space probes. Still, some of those technologies, like the radio range, have limited functionality. Scientists have only explored a fraction of the frequency range compared to its actual possibilities.

Conversely, our understanding of Earth leads us to look for similar planets and beings, which has also limited us. Countless scholars have suggested new ways of searching for aliens, for example, through pollution emissions, photovoltaic structures, satellites, Dyson spheres, and so on.

Looking in the Wrong Places 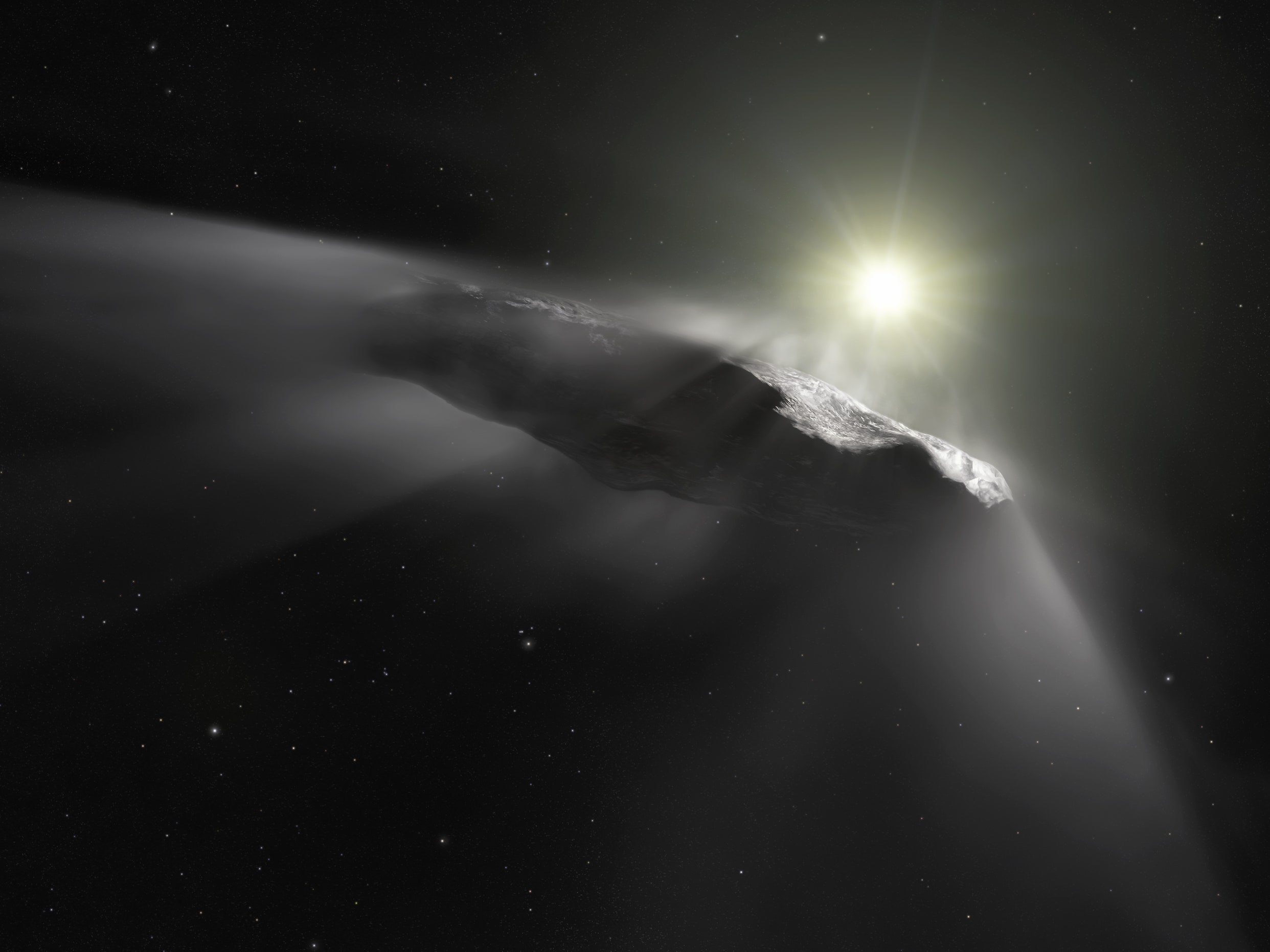 A recent example of our limitations became evident in 2017. The Pan-STARRS telescope detected an unusual object which moved close to the Sun at nearly 200,000 mph. The speed was so fast that the object we named Oumuamua must have come from outside our solar system. That would make Oumuamua the first interstellar object that has ever passed through our system. Most scientists believed that the object was a massive hydrogen iceberg.

However, it traveled with an unusual acceleration and without signs of outgassing. Scientists have not yet proven its purpose. Many speculate that it was an alien solar sail.

Given this example, it’s not a huge stretch to think that we’ve been looking for alien life in the wrong places. We are too quick to dismiss the objects and anomalies that we encounter in space. Also, we always look for explanations for them that seem plausible from our limited perspective. What if aliens have already been here? Were we left alone on purpose, and are the aliens consciously blocking our attempts of finding them?

The ancient astronaut theory claims that aliens have already visited us millions or billions of years ago. According to the hypothesis, they arrived throughout various points in human history, including the prehistoric era, antiquity, and so forth. The theory states that those contacts have influenced our development. It also argues that modern culture, technology, and biology were all propelled by aliens who visited Earth.

What’s more, its proponents also claim that ancient aliens have shaped most of our religions since early humans have interpreted and portrayed them as deities. Did those aliens engineer us? Were they somehow able to reprogram our minds, only to abandon us later on?

While most scientists think that this theory is completely bonkers, its suggested evidence makes a compelling argument. Artifacts like the Mesopotamian cylinder seal and structures like the Great Pyramid of Egypt are so mysterious and complex that it makes sense to give them alien roots.

The pyramids, for example, are also far beyond the technical capabilities of the human race at the time, so using aliens to explain them is one way to solve the myths. Ancient astronaut theorists also believe that a lack of historical and archeological records throughout various eras and incomplete explanations for historical data prove the existence of aliens. You can also look at petroglyphic evidence. There are many drawings of figures that outright resemble modern astronauts or even monsters from science fiction. And why did pre-Inca civilizations purposefully elongate their skulls through artificial deformation? Was this a tribute to our ancient alien gods? 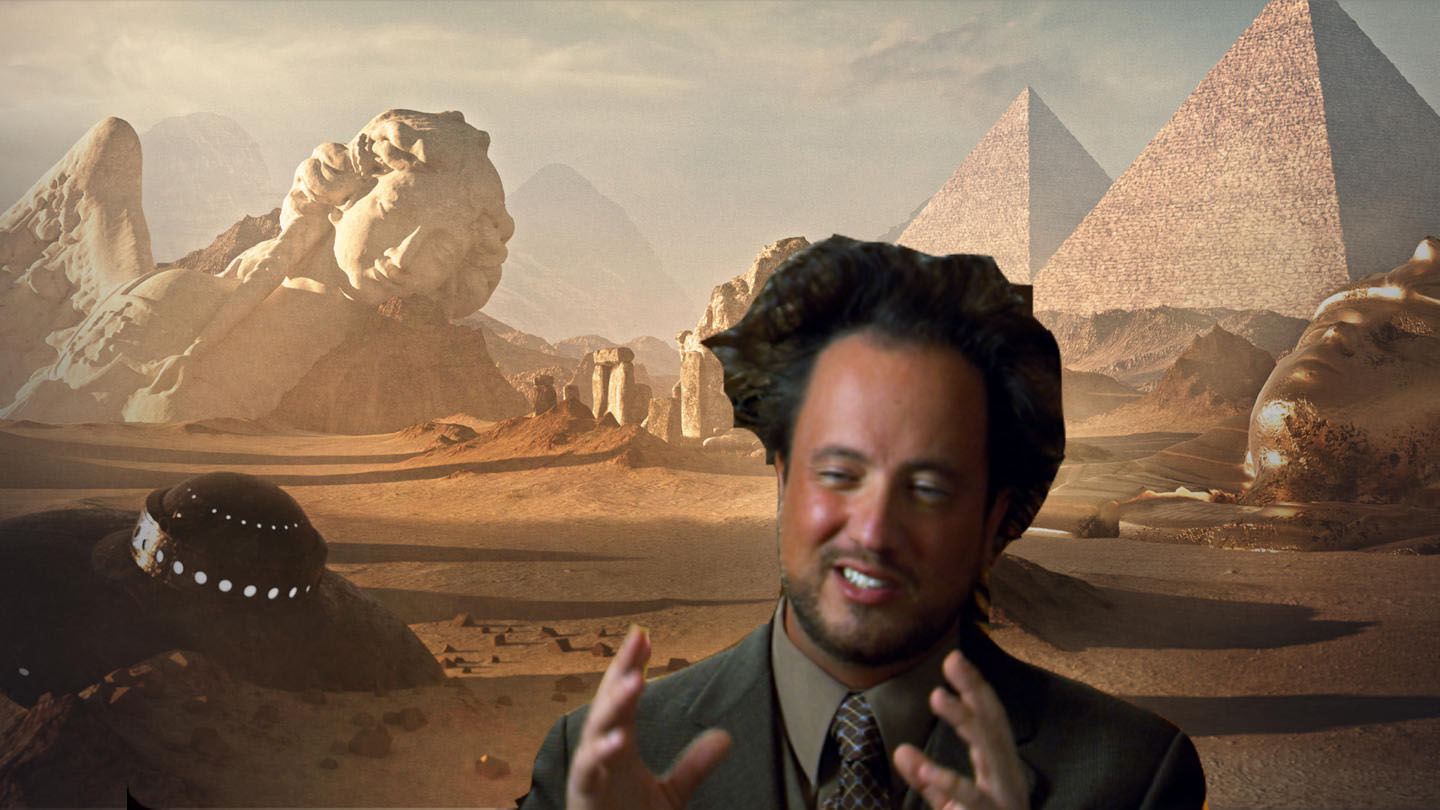 When it comes to alien life, we are still unable to prove anything. That is undoubtedly the reason why we are so motivated in our journey to understand and explain extraterrestrials.

Aside from ancient aliens, there are several other notable theories, like the zoo hypothesis or the Fermi paradox. The former argues that aliens are monitoring our existence from afar, while the latter believes that there is a big contradiction between the high probability of alien existence and a lack of actual proof. So doesn’t it sound incredibly strange that we haven’t been able to contact aliens or prove alien life for thousands of years? If ancient aliens did exist, we could be moving far from the truth if we neglect and ignore those theories for purely scientific reasons. What if our understanding of science doesn’t apply to aliens?

Even with limited radio technology, we’re able to send out signals to the far reaches of the galaxy. So why have we not received anything in return? With only basic technology, aliens could reach us, and we’re not exactly hidden in a mysterious galaxy that no one can see from afar. The Earth gives out obvious signs of life and technology, and it’s silly to think that no one has spotted us in space.

As you can see, this question remains open. Will it stay that way until the end of time, or will we finally think of an effective way to contact aliens? Or will ancient aliens return to inspect the progress of their creation? What if we were the ancient aliens all along? Only time will tell!