Space: the final frontier, the gateway to other worlds and civilizations, a constant source of wonder and speculation. By the way, on that note, what’s it like to have sex up there, and will the earth move? While there has been a human presence in space since 1961, the topic of cosmic coitus continues to be woefully under-examined. But mankind’s most pressing question has finally been answered.

Turns out sex in space is much harder than than you imagined. Because of the laws of physics, sex in space is really, really hard to make happen. Just as using a toilet in space presents a unique set of challenges, so does every single other physical undertaking, including sex, which is complicated by the fact it involves two people trying to connect with each other among the forces of Newtonian physics. But you’d think once you’ve Instagrammed Earth a few times and done a space walk, sex in space has got to be near the top of the list of things to try, right?

Here’s everything you wanted to know about sex in space:

The first dilemma of sex in space is privacy in the crowded quarters, according Mark Shelhamer, former chief scientist at NASA’s Human Research Program in an interview in Gizmodo. He said, “If SpaceX send two people to the moon in 2018, it’s likely that there would be a third professional astronaut with them.”

Can you get an erection in space?

Gravity also affects women’s vagina. So it is better to bring yoni eggs even if awkward just to have its tightness back. 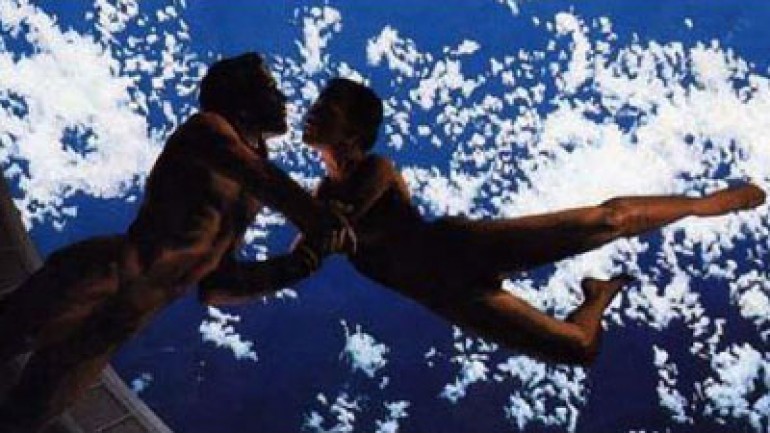 StarTalk American astrophysicist Neil deGrasse Tyson says zero gravity could prove coitus near impossible. The idea of human sexual activity in zero gravity presents difficulties for the performance of most sexual activities because of Newton’s third law. According to the law, if the couple remain attached, their movements will counter each other, which means their actions won’t change velocity unless they are affected by another, unattached object. There could also be problems from drifting into other objects (which makes sense when you think about it) since if the couple have a combined velocity relative to other objects, collisions could occur. deGrasse Tyson’s advice? ‘Bring a lot of leather belts to strap things down.

Microgravity sex will be hot, but not in a good way

John Millis, chair of the department of physical sciences and engineering at Anderson University explains that sex in the extreme environs of outer space will be hot and sweaty. And because sweat and tears don’t run down the astronaut’s bodies in microgravity environment like it does here on Earth, they sweat pools like small ponds of fluid near where it was secreted. Millis explained, “If the motion is vigorous enough it could be ejected from the surface of the body. This means that liquid would both be pooling on the body, especially where there is contact with the other person. Also, the more they moved, pools of liquid would be flying off around the couple.”

Sex in space is serious business.